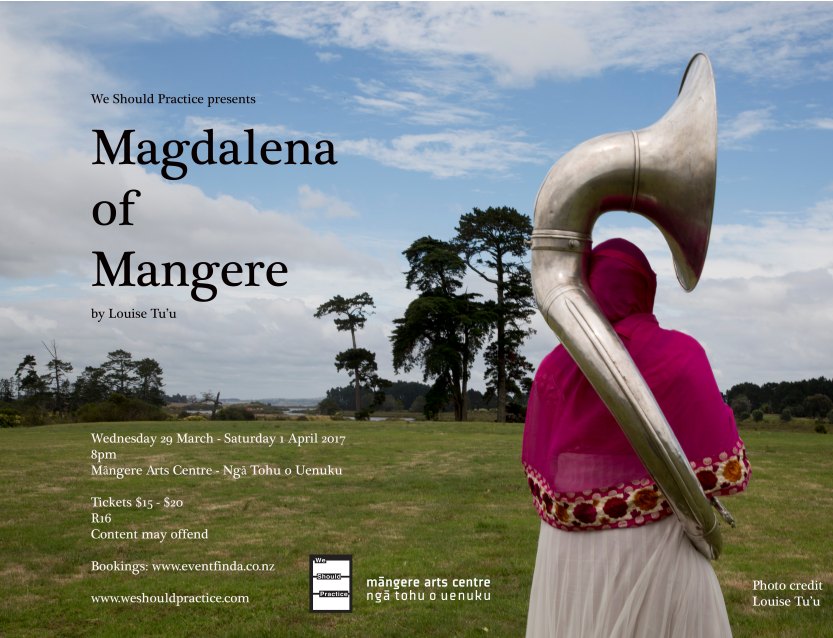 We are proud to present our poster for the upcoming show, Magdalena of Mangere, written and directed by our director, Louise Tu’u.

Magdalena of Mangere is an interdisciplinary work situated in Mangere, suburb of the city’s airport, a notch in the Bible belt of South Auckland and home to the biggest Muslim state school in the country.

Unreliable intersectionality, abdication of roles and chatty wildlife render Magdalena of Mangere elusive in a new depiction of marginal women.

On for only FOUR nights and R16, this will sell out so book here to avoid disappointment.