Our director, Louise Tu’u, has been selected for the prestigious five-member jury at the upcoming Zürcher Theater Spektakel from August 15 to September 1. This marks the first time a judge has come from New Zealand and the Pacific Islands.

Founded in 1980 as an annual international meeting of independent theatre groups, the Zürcher Theater Spektakel ranks among the most important European festivals for the contemporary performing arts.

Louise joins four other judges from Argentina, South Africa, Germany and Switzerland, in awarding two prizes to young artists with outstanding talents. These are the Patronage Prize of 30,000 Swiss Francs and the Acknowledgement Prize of 5,000 Swiss Francs. Both prizes are made possible through the generosity of the Zürcher Kantonalbank, the fourth largest bank in Switzerland.

Abroad and in her home country, Louise Tu’u has a history of being a pioneer in the arts. In 2005, she was the first New Zealand and Pacific Island playwright to be invited to take part in the 17th Royal Court Theatre International Residency in London. She has then gone on to write, direct and curate critically award-winning works such as Top 16, Providence, Dead Mileage, Range of Convergence and Gaga: the unmentionable. Tu’u’s most recent work, “Horses and other farm animals” at the Auckland Fringe Festival garnered its most acclaimed review to date as a “contemporary Pacific performance extravaganza at its best”. Tu’u’s international experience is also impressive as Fulbright & Goethe-Institute alumna, Winston Churchill Memorial Trust & Chevening Fellow and last year as Oceania’s first delegate to the Tokyo Cultural Creation Project.

“We search for the jury of ZKB Patronage prize talented, open minded artists from different corners of the world and who are interested to enter into a dialogue with us and the artists we invite”, stated Sandro Lunin, Artistic Director, Zürcher Theater  Spektakel. “Through the encounter in Japan, we (our board) were very convinced that with her brilliant knowledge and her exact view that Louise will be a very valuable member of our jury.” 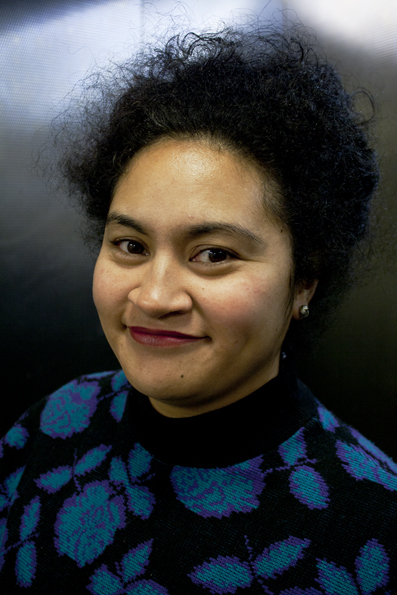 A big thanks to Colette Waaka for the wonderful photos.